Share a memory
Obituary & Services
Tribute Wall
Read more about the life story of Aurora "Dora" and share your memory.

Aurora "Dora" Estrello Ballin of Victoria, previously of Edna, passed peacefully from this life on January 23, 2023 at the age of 95 years.  Dora was born in Ganado, Texas on April 11, 1927 to the late Victor Estrello, Sr., and Epiphania Basquez Estrello.  Dora married Guadalupe Acosta Ballin on June 16, 1942 and together they raised their five children.  Dora was a retired caretaker and was a former member of St. Agnes Catholic Church, the Catholic Daughters of America, and the St. Agnes Choir.  After her retirement, she moved to Austin, Texas to live with her daughter and youngest son and spent her retirement years watching baseball and novellas, and spending time with family.

Those left behind to cherish her memory are her children and their spouses, Lupe and Lucy Ballin, Mary Jane Ballin, George and Debbie Ballin, Jesse and Mary Ballin, and Ray Ballin; her grandchildren Laura Smith and David, Vanessa Ballin, and Jesse Ballin, Jr., as well as her great grandchildren, Marcus Garza, Elijah Ballin, Kyra Smith and Kaden Smith. She is also  survived by her half siblings, Georgie Isaac, Beatrice Leal, Delores Hall, Josephine Crawford, and Raymundo Estrello.  She was preceded in death by her parents, husband, Guadalupe Ballin, sister Maria Gatica, and half-brothers Victor Jr., Ernesto, Marcellino, Mario, and Raymond Estrello.

Pallbearers will be Marcus Garza, Jesse Ballin, Jr., Elijah Ballin, Kyra Smith, Kaden Smith and David Smith.  There will be a private family interment at a later date.

The family would like to express their appreciation to the skilled, supportive, and loving staff of Hospice of South Texas who provided such loving care for our beloved Dora.

To send flowers to the family or plant a tree in memory of Aurora "Dora" (Estrello) Ballin, please visit our floral store. 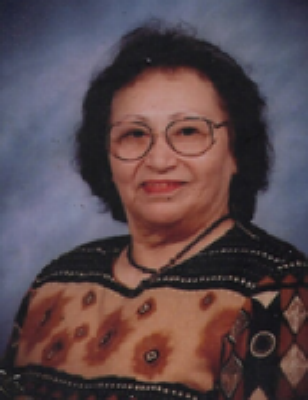