Share a memory
Obituary & Services
Tribute Wall
Read more about the life story of Barbara and share your memory.

On Tuesday, January 10, 2023, Barbara Durocher of Edna passed away at her home, surrounded by family, at the age of 76.

Born on Thursday, December 19, 1946, in Victoria, Texas to Edwin and Pauline Pribyl, Barbara lived the majority of her early life in Victoria.  She graduated from Nazareth Academy in 1964 and attended Incarnate Word College (University of the Incarnate Word) in San Antonio, Texas.  She graduated in 1968 with a Bachelor of Science in Nursing, the first step in a long career in the field that she loved so much.

Upon graduation, Barbara returned to Victoria and began working at Detar Hospital as a charge nurse.  In her 40 plus years as a nurse, she worked in Obstetrics, Industrial Healthcare, Infection Control, Nursing Administration, Hospital Administration, and Hospital Quality Management.  She assisted in the opening of three healthcare facilities, as well as encouraging the growth of young adults interested in nursing by helping establish an Associate Degree Nursing program in Alabama and working as an instructor in the Associate Degree Nursing program at Victoria College.  She advanced her own knowledge in her field of choice by graduating with a Master of Science in Nursing Administration from Texas A&M University - Corpus Christi in 1992.  She finished her nursing career, back in her home town, at Citizens Medical Center in August of 2013.

In her early career, while working at DuPont, she met her husband Gerald Durocher.  They married in August 1970.   They had two children, Jeremy and Terese.

Along with her nursing accomplishments, and helping raise two children, Barbara was involved in many different organizations throughout her life, including Texas Nurses Association, American Nurses Association, Catholic Family Fraternal of Texas (KJZT), Catholic Daughters of America, St. Vincent DePaul Society, American Legion Auxiliary, and Beta Club.  She was also on the Nursing Advisory Council for the University of Houston-Victoria from 2007 to 2016, and took a short time out from nursing to become the first Advancement Director at St. Joseph High School in Victoria.

Barbara was proceeded in death by her parents Edwin and Pauline Pribyl and her brother Edwin J. Pribyl. She is survived by her loving husband of 52 years, Gerald Durocher; sister Paula Kainer and her husband Edward; her children, Jeremy and his wife Valerie Durocher and Terese and her husband Kelly Arnecke; granddaughters, Taylor, Ryleigh, and Emersyn Durocher and Madeline and Elizabeth Arnecke.

To send flowers to the family or plant a tree in memory of Barbara Pribyl Durocher, please visit our floral store. 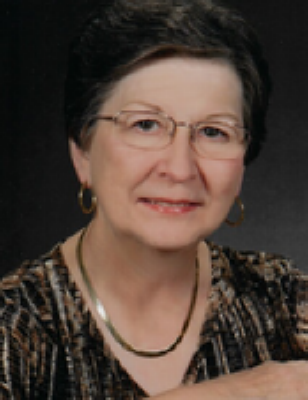