Share a memory
Obituary & Services
Tribute Wall
Read more about the life story of Donald and share your memory.

Donald Clyde Latimer left to be with our Lord on Saturday, January 7, 2023 at the age of 86.  He is preceded in death by his parents, Walter and Corinne Latimer, his sister and husband, Elizabeth and Sam Gayle, his sisters-in-law, Pat Latimer and Kila Latimer, and brother-in-law, Butch Webel.  He is survived by his loving wife, Mary Ann, daughters, Marilyn and Donna, siblings, Lee Latimer, Roy Latimer, Walter Latimer, Ronnie Latimer, and Kathy Webel.

Donald served his country in the United States Army. He retired after 40 plus years in the oilfield to fulfill his life-long dream of ranching.  He was involved with the Cattle Raisers Association, Coastal Bend Oilman's Fishing Tournament, and longtime  donor and weigh master for the Jackson County Law Enforcement Association Fishing Tournament.  Donald enjoyed life and lived it to the fullest.  He was a loving husband, dad, grandpa, and papa.  Family was everything to him, especially working with his children and grandchildren on 4-H projects.  He also enjoyed crappie fishing with his grandson, Brett; going to cattle auctions with his granddaughters, Chelsey and Whitney.  He also loved his Edna Cowboys Football and Baseball and watching PBR Bull riding.

Donald's newest blessing was his great-grandson, Kane, whom he loved spending time with, as well as all of his great-grandchildren.  For all who knew Donald, we would say he was a big child at heart, always making people laugh, and we will miss him dearly.

To send flowers to the family or plant a tree in memory of Donald Clyde Latimer, please visit our floral store. 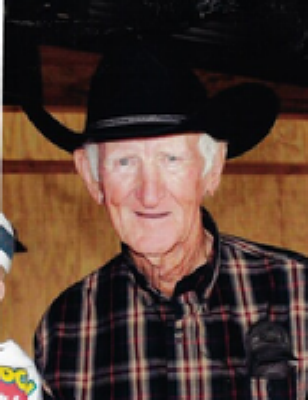