Share a memory
Obituary & Services
Tribute Wall
Read more about the life story of Ernest "Ernie" and share your memory.

Ernest "Ernie" Peter Aparicio, Jr., 28, of Palacios, Texas entered into eternal rest on Wednesday, January 18, 2023 surrounded by his loving family.  Ernie was born on Wednesday, August 10, 1994 to Ernest Aparicio, Sr. and Carmen Aparicio in Bay City, Texas.  After graduating from Palacios High School in 2012, he attended Texas A&M - Corpus Christi.  Shortly afterward, he completed the Electronics and Instrumentation Technology program at Victoria College.  But his passion was always music.  Ernie, a self-taught musician, was dedicated to his craft.  He tirelessly worked to hone his skills, perfect his style, and develop the tunes and lyrics for his catalog of songs.  He established himself as a Bonafide Musician with the formation of the band, San Texas Bound, in early 2014.  He and fellow band members, Maddie Aparicio, David Aparicio, Sam Schulman, and Steffen Kruse experienced success with the release of their Dreams album and by playing gigs along the coastal bend of Texas. In subsequent years, Ernie entertained audiences as an independent singer-songwriter, was lead singer and guitarist of Thirty Fathom Rock, and most recently, Jane's Crush with Ashtyn Kruse.

There will be a visitation on Tuesday, January 24, 2023 from 9:00 am to 10:00 am at St. Anthony Catholic Church in Palacios with Father Eliecer Patino officiating, interment will follow at Palacios Cemetery.

To send flowers to the family or plant a tree in memory of Ernest "Ernie" Peter Aparicio, Jr., please visit our floral store. 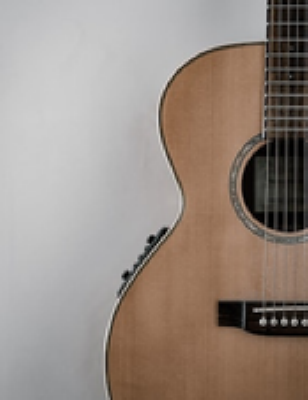